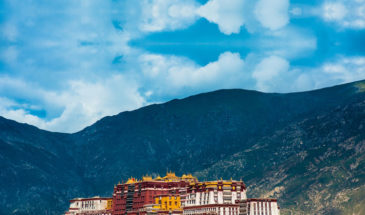 ‘Mansarovar & Lhasa Tour’ is especially designed for those travelers who do not have much time but still want to see glimpse of Tibet including Lhasa and Mount Kailash. In this trip, you’ll just go to near to the Mount…

‘Mansarovar & Lhasa Tour’ is especially designed for those travelers who do not have much time but still want to see glimpse of Tibet including Lhasa and Mount Kailash. In this trip, you’ll just go to near to the Mount Kailash till Darchen. If you go further to complete Kailash, you’ll need to trek 3 days further. But in this trip, you’ll stop by Manasarovar and back to Lhasa.

Mount Kailash is holiest place for Buddhist, Hindu, Jain and Bon believers where thousands of thousands of people visit every year. Mansarovar Lake is very beautiful lake located in Tibet, China. According to the Hindu Mythology, Hindu’s deity Shiva lives on the peak of Mt. Kailash, Where he stays for contemplation with his wife Parvati, daughter of Himalaya. This is the most sacred place and the final destination of soul and religious hub of the world. Similar to Kailash, Manosarovar Lake is the symbol of clarity and Purity. It is considered as the sacred place of pilgrimage, which attracts Hindus people from all corners of the world. Those who take a bath in this sacred lake and drinks the water of it is assumed to rinse out all sins. The natural and magnificent beauty of these sacred religious spots is really exciting and instills in people the sensation of being with Lord Shiva.

In this tour, you’ll visit the center of Buddhism, the place of Dalai Lama and capital of Tibet, Lhasa. Lhasa, the capital city of Tibet Autonomous Region, is well known as “the city of sunlight”. With a long history and strong religious atmosphere, it has attracted many travelers to take a tour. Lhasa is famous city of Tibet. In Lhasa you’ll visit the most famous Potala Palace, Jokhang Temple, Norbulingka, Sera Monastery, or Barkhor Street, etc.

Early in the morning you’ll pickup from a point and drive heading Kathmandu past farm village and towns with views of snowcapped peaks and then reaching at cooler areas within Langtang Himal in Dhunche 1,900m hight a main and headquarter town of Rasuwa district around Langtang area populated by Tamang People the hill tribe Nepal. From here drive downhill to Syabrubesi, the door to Langtang Ganesh and into Tamang Heritage Trail and and as well to Tibet border, here we will meet our Tibetan Guide after completing immigration& custom formalities on both side of the frontier Nepal and Tibet, continue drive further to Kerung country with first overnight stop in Tibet accommodation at Local Hotel.
Accommodation: KyirongPuntsokRabsal Hotel Included Meal: No

After Breakfast drive to Kyirung on the way you will enjoy the view of beautiful snow capped mountain and evergreen forest as you pass Tongla Pass (5,100m) you will appropriate the epic mountain view of Himalayan ranges Stay overnight in Guest House in Saga.
Accommodation: Guest House Included Meal: Breakfast

After Breakfast on the way to Darchen you will see the stunning view of the saga valley between Gangdise Range and Himalayan Range. Meanwhile the beautiful grassland and local villages can also be seen cross the Mayomla Pass (5112M) you can enjoy the spectacular view of Mt. Naimonanyi (7,694m). Then we are supposed to pass by the holy Lake Manasarover and you will reach the southern foot of Mt. Kailash, the most holy mountain in Tibet.
Accommodation: Guest House Included Meal: Breakfast

Day 04: Explore around Darchen and back to Mansarovar Lake

After Breakfast drive back to Saga. From Today you will leave holy place.
Accommodation: Guest House Included Meal: Breakfast

Today morning, you’ll transfer to Gongar airport from Lhasa and fly to Kathmandu

Be the first to review “Mansarovar & Lhasa Tour” Cancel reply

This trip is mostly soft and comfort in the jeeps/bus except in trekking in Mount Kailash. The whole trip is travel by vehicle. Physical fitness is not of major concern in this package as most of the time you will be travelling in coach. However Mount Kailash area is located more than 5000 elevation from the sea level and you need to be prepared for high altitude sickness.

During tour, breakfast is included in the package. You’ll have breakfast at the hotel every day morning and rest meals such as lunch and diners will be on own cost. Mostly you’ll Tibetan meals while you’re in Kailash area, but in the cities like Shigtase, Lhasa, you’ll get all kinds of meals in the restaurants.

In the package, you’ll be provided with nice and clear room based on twin sharing basis. Guest house in Saga and Kailash are quite basics. However you’ll have attached bathroom with in Sighatse and Lhasa with 2 star or tourist class hotel. If you would like upgrade your hotel to higher class such as star hotel, yes you can. But there will be little extra cost for upgrading hotels in Tibet. And if you would like to have single room during the tour, you can have it by paying single supplement. But it needs to be booked at the time of trip booking.

Yes, you’ll need Tibet visa. It will be paper visa which called group visa or Tibet Travel Permit. We, Tour Experts will arrange all the documentation and invitation for visa. We shall need about 2/5 days for Tibet visa. Required information/document for Tibet visa:  Valid passport with at least 6 month validity  Nepalese visa (visas can be also obtained upon your arrival at Kathmandu airport. For more info: http://www.nepalimmigration.gov.np/) (if you are other nationality than Nepalese)  Airlines ticket  Travel and medical insurance  Copies of recently taken passport size photos (at least two photographs)  Occupation Details  Filled Visa Application Form 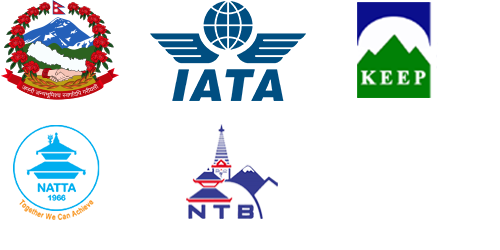